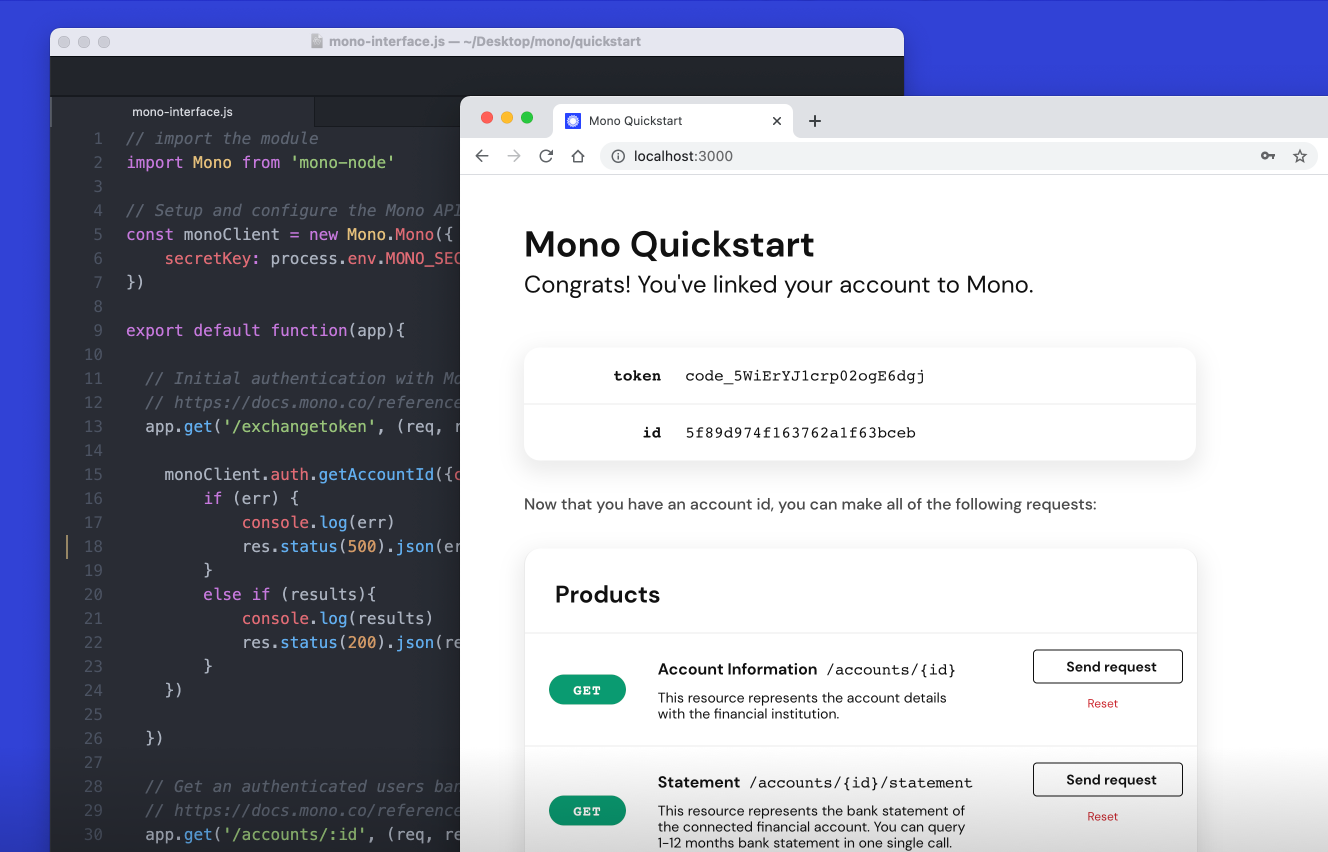 Alternatively, if you use ssh:

2. Set up your environment variables

Copy .env.example to a new file called .env and fill out the environment variables inside. Add your REACT_APP_MONO_PUBLIC and MONO_SECRET. Get your Client ID and secrets from
the dashboard: https://app.mono.co/apps

NOTE: .env files are designed for development only. Never run a production application with an environment file that contains secrets.

There are three make commands available

Each of these should be used with a language argument, which is node. If unspecified, the default is node.

If you change the contents of the server files or .env file, simply run make up language=node to rebuild and restart the server.

If you experience a Docker connection error when running the command above, try the following:

Scripts are located in the main directory for your convenience.

Run to install the required dependencies.

This will run both the front and node backend simultaneously in a single convenient terminal.

You have successfully finished the Mono Quickstart, congrats! From this point on, we encourage you to alter the Quickstart code in order to experience using the Mono API. You now have a few options for movement:

You can proceed to the Use cases page for a mapping of typical use cases to matching products if you're unsure of which Mono products you want to use.

Updated about 1 month ago